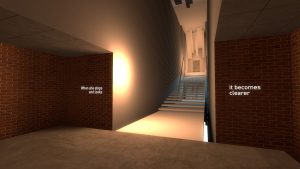 Third Place
The Beginner’s Guide
Everything Unlimited Ltd. | Windows (also on: Mac, Linux) | 2015
One significant trend of the past decade was the continuing rise in personal, intimate stories being told through the medium of video games. Out of those sorts of games that I played, the most outstanding is The Beginner’s Guide, Davey Wreden’s (not entirely?) fictional journey through various interactive works created by a character(?) named Coda. In an interesting twist, Davey narrates this journey as himself, presenting Coda’s works one by one and offering his thoughts on each. These works vary in abstractness, completeness, and tone, but it’s pretty clear that each one has come from the same individual creator. Davey walks us through each one with enthusiasm while trying to find the answers he seeks.

It’s this enthusiasm which gets him into trouble. The Beginner’s Guide seems to mainly be about the relationships that audiences have with art. The typical consumer of art and media has the benefit of distance from artists, but friends and acquaintances of creators, like Davey is to Coda, do not have this luxury. How accurate are Davey’s interpretations, and what effect does this have on Coda, are questions of much greater importance than they would be if neither of them ever knew each other. It is the nature of this fragile, imperfect relationship between creator and audience that ultimately makes The Beginner’s Guide so impactful. 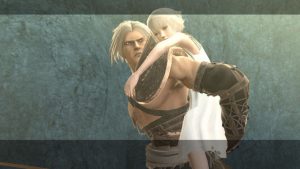 Second Place
NieR
cavia | Xbox 360 (also on: PS3) | 2010
At a glance, NieR looks like a mess, with clunky combat, tedious minigames, and muddy graphics, but the truth is that as a complete experience, NieR is exceptional. It simultaneously tells a tale of the decline of humanity, set thousands of years in the future, and a second, much smaller story about a dad and his sick daughter. Nier and Yonah aren’t alone in their personal stories, however. The friends they make along the way have stories of their own, each one bristling with their own humanity and constantly veering between despair and hope. Many times these stories play out in front of us as the game happens, such as with the brothers Gideon and Jakob, and the ruler of Facade and his people. Then we reach the first ending and play through to the second, uncovering additional stories which complicate those which have come before.

NieR is one of those rare games with grimy, muted graphics where that visual look is completely deserved. This is not a happy world, and the grim nature of, well, everything is made worse the more the player learns about them. Despite all this, NieR‘s world is worth visiting, with characters that only the most apathetic player couldn’t come to care for, and a fascinating history that has driven many to seek out supplemental texts outside of the game (including within its more polished sequel, NieR:Automata). The soundtrack is also a reason to visit this world; its haunting vocals and overall craftsmanship make it one of the best video game scores of the past decade. In this new one, I hope that NieR gets the rerelease it deserves, jank and all. 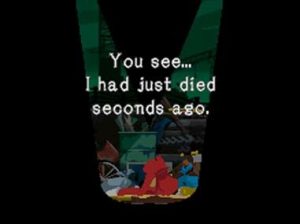 First Place: Game of the Decade
Ghost Trick: Phantom Detective
Capcom | DS (also on: iOS, Android) | 2011
If there is such a thing as a perfect game, especially a perfect narrative game, Ghost Trick would be my nominee. This is a game with easy-to-grasp mechanics that work well just about every time, puzzle solutions that generally make sense, a pleasing color palette and animations that breathe life into everything from a chicken-laden lazy Susan to a dancing security guard, music that never fails to match the tone of a given scene, and a story that ties up every single loose end it introduces. Said story is highly entertaining as well, keeping the player enthralled with not only the mysteries it introduces and heaping amounts of humor and charisma, but tense moments where a given action could mean the difference between success and failure.

Failure is not an option for Ghost Trick‘s protagonist, Sissel. His death has brought about amnesia, and on top of that, a strange talking lamp named Ray tells him that he has just one night to regain his memories before his spirit disappears for good. Ray also introduces Sissel, and the player, to his powers to rewind the clock, four minutes at a time, and possess objects in order to alter fate. These abilities are used mostly to save others from death, but in the process, they also help guide Sissel to new information about how he wound up dead in a scrapyard. The character most frequently saved is Lynne, a police detective investigating Sissel’s death, but there are others as well, most memorably the Best Little Doggie in Video Games, Missile the Pomeranian. 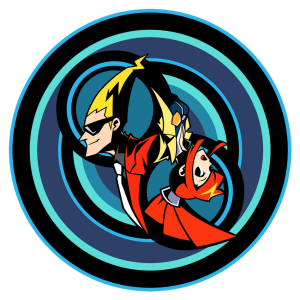 Each time rewind is a puzzle to be solved, and the possession mechanic is the means to the solutions. Sissel can take over a wide range of inanimate objects—he just has to be close enough to them—and trigger actions that could change the course of a person’s fate. The objects available vary wildly, from lights and fans to heavy machinery, as do the ways in which deaths can be averted. It’s especially worth noting that the four-minute time limit does not play out in real-time, but is a more abstract constraint that allows the player to proceed at their own pace.

Ghost Trick is not a good representative of what gaming was like in the past decade. It does not reflect specific trends, nor was it significantly influential. However, it was the one game I played from the past ten years that I can look back on with the belief that it is not simply great, but just about perfect, in a way that so few games are. If only more people had played this masterpiece at the time, but if you have not, you can remedy that right now. In this new decade, please make some time for Sissel and his friends if you haven’t before. I promise you won’t regret it.