Honorable Mentions:
• Dungeons 3 – For its goofy personality and addictive dungeon management.
• Disgaea 4: A Promise Unforgotten – For a story and cast which grew more compelling as the game wore on.
• Snakeybus – For its absurd and relaxing take on an old classic.
• Devil May Cry 5 – For retooling the DMC formula while retaining the core elements—good and not so good—which make this franchise special.
• Blockwick 2 – For being a generally clever and well-designed set of spatial puzzles. 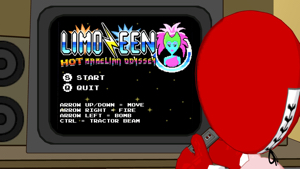 Strong Bad’s Cool Game for Attractive People
Telltale Games | Windows | 2008
Homestar Runner Dot Com‘s Strong Bad Emails were a formative part of my online life during the ’00s, thanks to their humor and creativity. This point-and-click adventure game is basically a set of extended and (more) interactive emails, written by the original creators and starring would-be cool guy Strong Bad, his partner-in-crime The Cheat, and pretty much every other character from the Homestar Runner universe. Although being a fan helps in terms of getting the most enjoyment out of Strong Bad’s Cool Game—there are dozens of references to individual SBEs and other shorts—I’m not sure if it’s absolutely necessary for those just looking for a funny game to play. Only the rare bit of bad adventure game “logic” mars this otherwise enjoyable title. 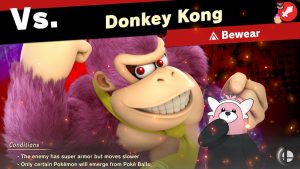 Super Smash Bros. Ultimate
Sora/Bandai Namco | Switch | 2018
I’m one of those who enjoys fighting games, but not playing against other humans. That said, Ultimate was one of my best experiences with the genre. The World of Light single-player campaign is as long as an RPG, and has a heavy emphasis on fighting. On top of that, the Spirit battles in both the campaign and on the Spirit Board are cleverly designed to reflect which Spirit is being collected. The same goes for the feature that lets you combine Spirits to create new ones; for example, to obtain Blathers, one must use three specific Spirits which resemble the types of objects that appear in the museum in the Animal Crossing games. Of course, there’s also the many beloved games represented in the forms of fighters, stages, and Spirits, with more available, or on their way, as DLC. 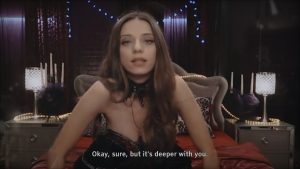 Telling Lies
Drowning a Mermaid Productions | Windows | 2019
Although it doesn’t hit the ambiguous heights of its predecessor Her Story, creator Sam Barlow’s return to FMV-powered drama has many of its own memorable moments. As in the previous game, you search for and view incomplete clips of conversations, but this time, each side is represented separately. There are many more characters than in Her Story, and although this helps make Telling Lies‘ tale less of a mystery, it is also more multifaceted. The cast is outstanding, and the production values are as well. Despite the tedium of certain clips, I watched through as many as I could to piece together the story, which is one of those where the less said about the better. 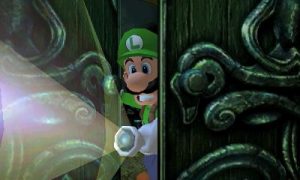 Luigi’s Mansion
Nintendo | 3DS | 2018
Before Luigi’s Mansion, I’d never played a game where the protagonist hums along to the background music. That is one of the most charming touches in a generally charming game, a cute and family-friendly version of survival horror. Scaredy-cat Luigi is the perfect Nintendo character to be stuck ghost-hunting in a haunted mansion, and although the controls for the 3DS port take some getting used to, they are manageable enough so that the game never stops being fun. I now have a new favorite Mario spinoff series to follow in addition to the kart racers and RPGs. 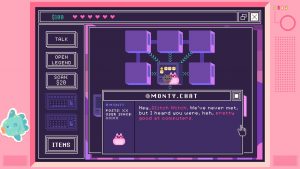 Beglitched
Hexecutable | Windows | 2016
The Glitch Witch is missing, and, somehow, you have her laptop. Through interactions with various offbeat personalities online, a node-filled digital “overworld”, and Minesweeper-inspired match-three battles, you follow various instructions and hints in order to find her. The aesthetic for this game is best described as “indie twee”: hip yet vunerable characters, cute pixel art, and bright colors being some marks of the style. Aside from a tricky puzzle or two, the only thing bad I can say about Beglitched is that I wish I could’ve played it for longer. 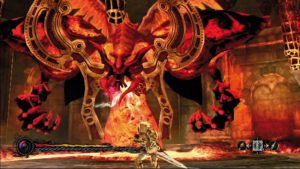 Pandora’s Tower
Ganbarion | Wii | 2013
This grimdark, Zelda-esque action RPG almost didn’t come out in North America, but I’m glad it ultimately did. The thirteen towers that hero Aeron must traverse in order to save his sweetheart Elena are designed well enough, and have a graphical griminess which is oddly appealing. Aside from the heavy emphasis on using a magical chain as both weapon and traversal tool, there isn’t much truly novel here. However, Pandora’s Tower‘s old-school simplicity makes for some great video game comfort food, so long as you don’t mind the macabre elements, which are all over the place. 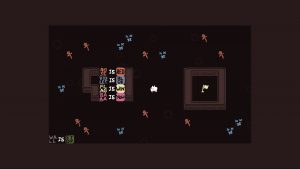 Baba is You
Hempuli Oy | Windows/Mac | 2019
Baba is You just barely made the cut, not because it isn’t good (it’s brilliant), but because it is so difficult that I nearly gave up on the “final” level, which would have left it unbeaten by the end of the year (it’s fiendishly brilliant). This is one of those spatial and logic-heavy puzzle games where you’ll bang your head against a level for a good hour or more, only to turn off the game, go to sleep, and have a burst of inspiration the following morning. The rules get more restrictive, and many of them less malleable, the further one goes, but figuring out how to work past those and discover new twists in the game’s peculiar brand of grammar can be immensely satisfying. A must-play for serious puzzle game fans, but perhaps not so much for the easily frustrated. 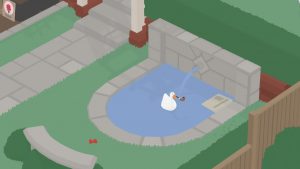 Third Place
Untitled Goose Game
House House | Switch | 2019
You are a handsome white goose with a sassy waddle, and you have done nothing wrong. Despite this, you must sufficiently annoy the human residents of your home village in order to carry out your mission. As you journey throughout a small English village, you will nick keys, untie laces, startle, infuriate, and delight—though most of that delight will be your own. Untitled Goose Game is the funniest game I’ve played all year, and its laid-back demeanor makes for a relatively stress-free experience, even during the toughest moments. It only takes about three hours to get to the end of the game, but don’t let that put you off from picking it up at full price—the internet went crazy over this goose for a reason. 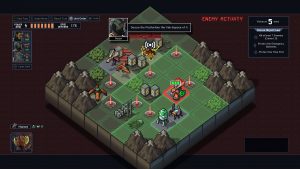 Second Place
Into the Breach
Subset Games | Windows/Mac | 2018
A certain gaming site calls Into the Breach the best PC strategy game ever, and to be honest, it’s difficult to disagree with them. It’s just that good. Each of the individual squads is well-balanced and suited to different playstyles—even the ones that I dislike have their merits. There is a good variety to the maps and enemies as well, and the procedural generation ensures that not a single stage will ever play the same way twice. Perhaps the most impressive thing about this game is how seriously it takes positioning. It’s much deeper than in something like Final Fantasy Tactics; here, it’s not just your position in relation to the enemies, but also where you can reposition said enemies and/or their attacks, and what effects can or will happen to the terrain. Into the Breach is polished, addictive, and, all-around, an exceptional strategy RPG. 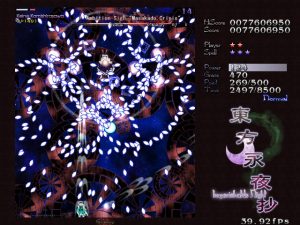 First Place: Game of the Year
Touhou Eiyashou: Imperishable Night
Team Shanghai Alice | Windows | 2004
Touhou Project is one of the most intimidating franchises in all of gaming. The core titles, single-handedly made by an ex-Taito employee who goes by ZUN, are notoriously challenging games in a notoriously challenging genre. And yet, I wanted to know firsthand, for myself, just why this franchise is so loved. After doing a bit of research, I learned that the eighth entry, Imperishable Night, is considered one of the most newbie-friendly, and thus, that’s what I decided to start with. To say I was impressed would be an understatement. 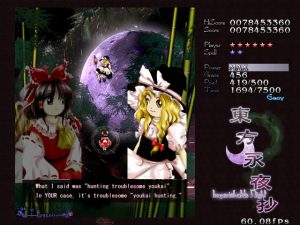 Normally, the bullet patterns in danmaku shooters don’t deviate much from what you would expect to see come out of a futuristic spaceship or mecha. However, in Imperishable Night, the bullets are the result of magic spells, which allows for more fantastical displays. The ways in which these bullets flow together and apart, tumble and freeze, disappear entirely only to reappear right under you, and so on, is nothing short of mesmerizing. The young women who make up the game’s cast consist of humans, youkai, ghosts, devils, and so on, right on up to the beings from the Moon, inspired by Japanese folklore, who are key to the plot. They banter with each other, get into misunderstandings, and battle, each one of their individual personalities shining through in the process. Then there’s the fantastic music, which pulls from all sorts of inspirations to create a solid, coherent whole of a soundtrack.

“Danmaku” is often translated as “bullet hell”, but an alternate translation is a better fit for Imperishable Night‘s gameplay: “bullet curtain”. The gorgeous, and dangerous, bullet patterns, flowing like fabric; the heroines’ colorful clothes and dialogue; and the best music I have ever heard in the shmup genre combine in an easy-to-learn, hard-to-master package which, out of all the games I played this year, receives my highest recommendation. Turns out that sometimes, there’s substance behind the hype.