You are a student in your final year at a Japanese high school. As an upperclassman—a senpai—there is a rule amongst your kouhais which shadows your every move: Senpai will never notice you.

How will you interact with your kouhais? Notice them, ignore them, string them along? The choice is up to you!

Download it now ( Windows / Mac ), and/or read more below!

Senpai Simulator was inspired by a certain popular meme. Unlike with last year’s game, I don’t remember exactly how or why the idea popped into my head.

However, one thing I was sure of was that I wanted to use a different game engine this time. Ren’Py was amongst my top candidates, so a visual novel, dating sim, and/or life sim was in strong consideration from the beginning.

Beyond the basic premise, one prominent source of inspiration was the Pokemon series. I was playing Pokemon X around the time that I began actual work on this game, and its influence is obvious in the design and presentation of a certain character.

I hope you enjoy this second special Brainscraps Holiday Card, and Happy Holidays!

Senpai: This is you! You’re a third-year student at a Japanese high school, and your kouhais are just waiting to be noticed!

Professor Sensei: Your humble and enthusiastic guide through the world of senpaidom. You might not want to take everything that Sensei says seriously.

Kouhai-kun: A first-year student who gets easily disoriented. He’s friendly but he finds Senpai somewhat intimidating.

Kouhai-chan: A second-year student who is always studying in the library. Some may call this type of character a “tsundere”.

Kouhai-san: An underclassman who loves to go running. Cool as a cucumber, they try not to let Senpai’s aloofness get to them.

• Crude backgrounds and manga-inspired character art!
• An even more crude original soundtrack! (Yes, I even wrote the music this time!)
• Absolutely no H-scenes!
• Absolutely no collectible monsters!
• Ten different endings and a special ending gallery! 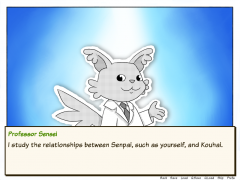 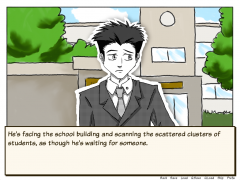 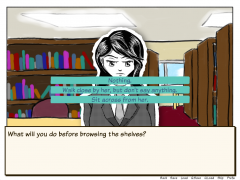 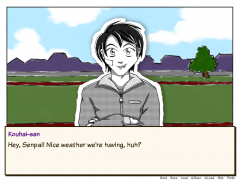 The entire game can be played with just a mouse, but to see a full list of keyboard shortcuts, please refer to the help pages located within the game’s menus.