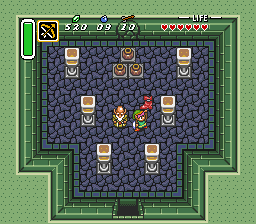 The Legend of Zelda: A Link to the Past
Nintendo | SNES (via SNES Classic) | 1992
Though it wasn’t as tightly-designed as I had hoped, A Link to the Past otherwise lives up to its storied reputation as one of the finest first-party games on the Super Nintendo. Traversing not only through the land of Hyrule but also the Dark World—not to mention several increasingly intricate dungeons—is engrossing, and stumbling across a hidden area or secret item is always a pleasure. It’s both a natural progression from and an improvement on the original Legend of Zelda, albeit not without a few annoying moments. Hopefully it won’t take me another nine years to play my next core game in the series. 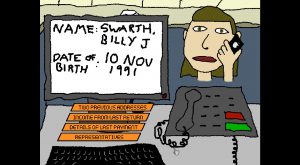 I Get This Call Every Day
David S. Gallant | Windows | 2012
This brief adventure game about working at a call center is as hilarious and frustrating as you might expect, given the subject matter. The bare-bones voice acting and crude artwork aptly fit the narrative, in which our hero does his best to extract enough personal information out of caller Billy, a garden variety idiot, in order to solve his problem. There is supposedly a good ending, though I’ve yet to come across it after several playthroughs. I Get This Call Every Day is unfortunately no longer available on Steam, but can still readily be found on itch.io. 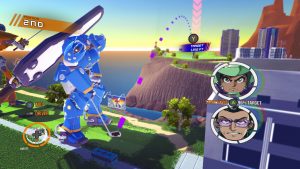 100ft Robot Golf
No Goblin | Windows | 2017
As with No Goblin’s previous game Roundabout, 100ft Robot Golf is a comedy steeped in a retro veneer, with a ridiculous premise at its core. This time around, the retro theme is 80s and 90s anime, and the premise is right there in the title: giant stompy robots of various types playing brief, destructive rounds of golf. I would’ve liked a little more variety in the course visuals and a better explanation of the rules for each round, but don’t have much else to complain about. If you’re fond of the era when anime was known as “Japanimation” and also love a good laugh, you’ll want to pick this one up. 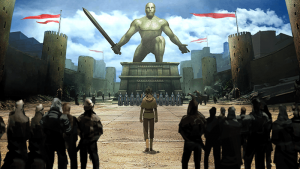 Shin Megami Tensei IV
Atlus | 3DS | 2013
The tense conflict between order, chaos, and the “neutral” space between the two has long been the core theme of the SMT franchise, and it plays out in some fascinating ways in Shin Megami Tensei IV. The initial setting, a medieval kingdom called Mikado, is very different from most of the others in the series. However, without spoiling too much, this is the same old SMT you know and love. The characterization and story are improvements on the previous game in the main series, as is the gameplay, one highlight being a demon fusion interface which can be used just about anywhere. As usual, there are multiple endings, and the one I got was so startling that it will be seared into my memory for years to come. 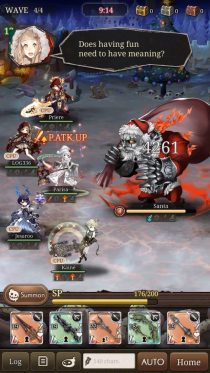 SINoALICE
Pokelabo/Square Enix | iOS | 2020
SINoALICE was a bit delayed in its international release, but for me at least, it was worth the wait. Like many other Yoko Taro games, it is somewhat clunky and could benefit from additional polish, yet has a charm of its own, along with grim storytelling and moe characters. Its idiosyncratic reinterpretations of familiar fairy tale protagonists can take some getting accustomed to, but six months later, I have a stable of favorites, along with a handful of co-op buddies and guildmates. Even though the gacha rates for the best stuff are abysmal, Twilight Crystals, the currency used for draws, are freely given out frequently enough that I haven’t felt compelled to spend any real money (so far). Every time I think it starts to get old, a new event draws me in again; we’ll see how long I stick with it in 2021. 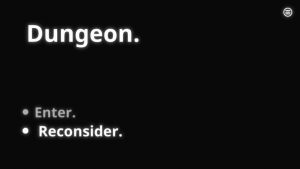 Ord.
Mujo Games/Stuffed Wombat | Mac | 2019
A clever exercise in minimalism, Ord. tells its stories three words at a time: the first describes something in the scene, and the other two are choices, actions the player can take. Select one, read the results (also three words long), and move on to the next task. You can stay home, read the news, go out, pet the dog, pause and admire the scenery, and complete a little adventure, concisely told. There are a few different storylines to choose from, and many, many more endings, though I have yet to reach a “proper” one. The sparse sound and visual effects are icing on the simple yet delicious cake. 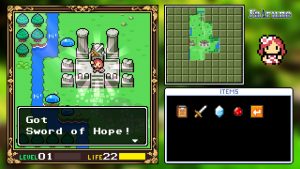 Fairune Collection
Skipmore/Esquadra, Inc. | Windows | 2018
This entry is a bit of a cheat. As the title implies, Fairune Collection is a set of four games—Fairune, Fairune 2, Fairune Origin, and Fairune Blast—all of which, save for the last one, are Zelda-style adventures. The stories are fairly simple, if a little clumsily written, but the worlds presented in the first three games are brilliantly designed, with a lot of items to collect and discoveries waiting to be made. Its worth noting that the final bosses in Fairune and Fairune 2 are fought in top-down shooter battles which can get pretty tough; Origin lacks such an endgame, but is also much more compact overall. Serving as a nice little capstone on the collection, Fairune Blast is a short shmup starring characters and monsters from the previous titles. 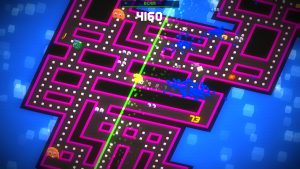 Third Place
Pac-Man 256
3 Sprockets/Hipster Whale/Bandai Namco Studios Vancouver | Windows | 2016
The most astonishing thing about Pac-Man 256 is how modern it is, while at the same time retaining so much of the character of the original Pac-Man. It’s an endless runner sporting a variety of unlockable power-ups, not to mention co-op play, several graphical skins, and some tweaks to the behavior of ghosts and fruit. However, at its core, it’s still good old Pac-Man, much more so than in Pac-Man Championship Edition. The new power-ups range from good to fantastic, with lava, tornadoes, and other fun gimmicks to play around with. Even after unlocking everything and getting all the achievements, I kept coming back to Pac-Man 256 every once in awhile, often as a break between games and other activities. 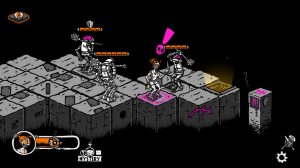 Second Place
Plunge
Spooky Buns | Mac | 2019
Out of everything I played this year, Plunge is the one game I regret not discussing more on this blog or elsewhere. It’s a turn-based dungeon crawler set in a prison where the player’s character moves not one tile at a time, but dashes across an entire row or column of them until they reach the edge or an obstacle. Sometimes these obstacles are enemies, and sometimes, along the way, you may pick up a mysterious potion, a healing or defensive item, or the key needed to unlock the door and move on to the next floor. The art style is unlike anything I’ve seen in a game before—it’s punk without being clichéd—and the squishy, understated soundtrack complements it very well. If you like puzzley dungeon-crawlers, you need to play this one. 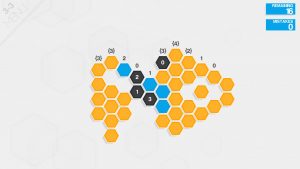 First Place: Game of the Year
Hexcells
Matthew Brown | Windows | 2014
One mistake I made this past year was starting Hexcells on a day when I was tired. It’s a simple puzzle game with no story to keep track of, so I thought it would be relaxing. How wrong I was. Despite its calm, ambient aesthetic, Hexcells is an absolute beast of a puzzle game, especially in its final set of puzzles, which require a great deal more thought and observation than I would normally want to do when I hadn’t had enough sleep the night before. Funny thing is, I would later start its sequels, Hexcells Plus and Hexcells Infinite, under similar circumstances. 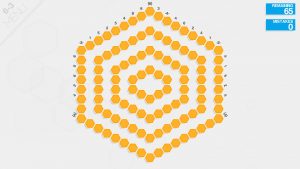 The objective of Hexcells is to fill each one of the orange hex tiles in a given puzzle with the correct color, either blue or black. In addition, black tiles contain numerical clues indicating how many neighboring tiles are blue. As the game goes on, numbers start to appear above vertical and diagonal columns, again designating the number of blue tiles, and sometimes hinting about what sort of configuration they appear in. It’s a lot like the Picross series, but without the pictures of distinct objects to create.

Each of these puzzles is hand-crafted in such a way that the player shouldn’t ever have to resort to guessing in order to solve it. I can only imagine what sort of rigorous testing these puzzles must have gone through before appearing in their finished state; they’re that well-made. Hexcells Plus picks up where the original left off, introducing a new mechanic involving numbers in certain blue cells, though its implementation isn’t as sublime as its predecessors’. Hexcells Infinite once again builds on this foundation with optional randomly-generated and user-made puzzles, which vary a bit in quality. These are both excellent sequels, but the first game is the best, and it’s a wonder how I had managed to sleep on it for so long. Play Hexcells, beat your head against it chasing a flawless playthrough, and burn images of orange, blue, and black hexagons into your dreams.