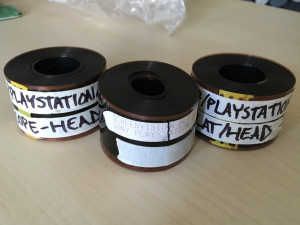 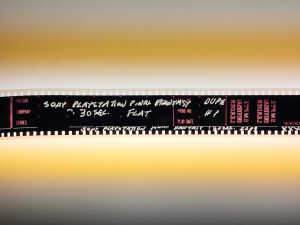 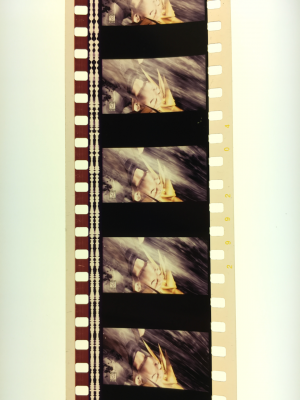 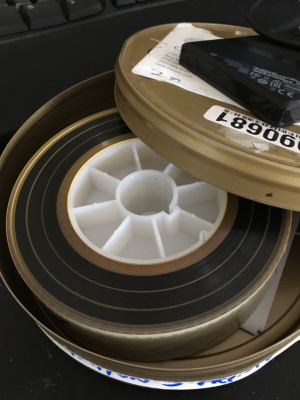 Anyway! One thing I’d been wanting to do for years is to have these film reels professionally duplicated to a digital format, suitable for uploading to the Internet. I first thought of doing this during my tenure at The Final Fantasy VII Citadel, but my webmastership ended without finishing a handful of projects, including that one. Last year, I asked the founder of the Video Game History Foundation if they would be interested in digital scans of this trailer, and they were, which gave me the nudge I needed to get it done. It took awhile, thanks to that cross-country move which delayed all of the special projects I wanted to do this year, and the film scanning cost more than I had anticipated, but now they’re done.

The best-quality video, “Flat1”, is embedded above, while the complete set of three can be found on YouTube and the Internet Archive. They were scanned using a high-quality technique, 4K wet gate, but haven’t been cleaned up, since I don’t have the time or energy to do so right now. If you’d like to take a crack at color correction or other fixes, feel free, but please link back to either this post or the source video if you share your edits online (and send me your link!).

The ad itself makes for some interesting viewing. It’s all FMV scenes, with dramatic narration, and the music isn’t even from the game. With misleading ads like these, it’s no wonder Edge once called FFVII “the most returned game in history”. And on top of all that, a certain spoilery funeral scene is included!

Thanks to bitprophet, Frank Cifaldi, and the folks at Cineric for helping to make this happen!