It’s time once again for my top ten games played this past year. Included with each selection is the developer/author, the platform it was played on, the year of release, and a bit about why I liked the game enough for it to make it on the list. I’ve also brought back the Honorable Mentions to highlight five games that didn’t quite make it, but are still noteworthy. So, without further ado…

Honorable Mentions
• Glittermitten Grove – For its complex and quite funny journey through the land of More Than Just Fairies, despite an annoyance or two.
• Far Cry 3: Blood Dragon – For doing the 80s homage thing right, and a structure that doesn’t overstay its welcome.
• Pokemon Sun – For having a great story and some wonderful characters in a franchise not typically known for either.
• Space Invaders Extreme 2 – For being a worthy sequel to a fantastic game.
• Mountain – For its whimsy and frequent moments of beauty and joy. 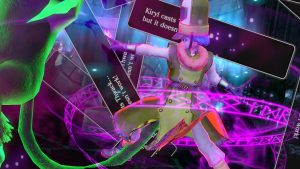 Dragon Quest Heroes: The World Tree’s Woe and the Blight Below
Omega Force | Windows | 2015
This Dynasty Warriors crossover/spinoff started off as a guilty pleasure, but ended up being a genuinely good game, especially if you love the Dragon Quest series as much as I do. Aside from the tons of DQ fanservice present in everything from the playable characters to the numbers that pop out of attacked monsters’ heads, there’s a lot of fun to be had in running around grassy fields and dark dungeons swinging a sword at dozens of enemies. The gameplay isn’t very complex, nor is the story, but both are peppered with enough DQ staples to keep things interesting, and the latter in particular works well enough to be satisfying. 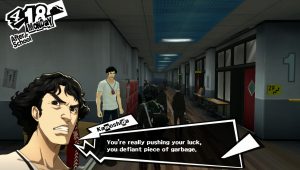 Persona 5
Atlus | PlayStation 3 | 2017
Despite its issues—the predictability of much of the story, the hypocritical treatment of Ann, the tired and offensive stereotypes, certain bits of repetition, the odd pacing problem—Persona 5 may be the slickest game Atlus has made to date. Sure, the Phantom Thieves’ tale wasn’t perfect, but it did feature some great arcs (such as nearly everything involving Sae or Sojiro) and fantastic dungeon crawling, plus a superb final act which manages to contain some genuine surprises. On the aesthetic side, the distinctive character models, eye-popping user interfaces, and Shibuya-worthy score lend the game an irresistible stylishness. 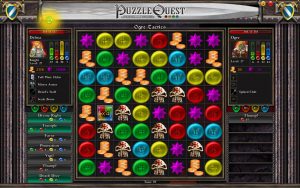 Puzzle Quest: Challenge of the Warlords
Infinite Interactive | Windows | 2007
This match-three puzzle and fantasy RPG crossover was the most addictive game I played all year. The story is nothing special, but the RPG mechanics are made to fit into its puzzle trappings in inventive ways, the main one being the different types of mana that can be stockpiled via color matching and used for special moves. There’s an impressive amount of customization, a massive map, and tons to do and see. By the time I had finished, I’d hit the level cap and had exhausted all of my companions’ stores of sidequests. 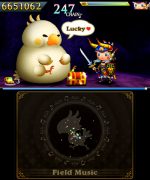 Theatrhythm Final Fantasy: Curtain Call
indieszero | 3DS | 2014
The first Theatrhythm was already a burst of Final Fantasy musical goodness, but this follow-up manages to improve on that even further, with an expanded selection of music (including tracks from spinoff titles like Tactics and Crystal Chronicles), new gameplay modes—most notably a quest system that strings together sequences of tunes—and many more characters. Perhaps the best part is that the core gameplay is as tight as ever, though Hitoshi Sakimoto’s Final Fantasy XII compositions aren’t as well-suited to a rhythm game as most of the rest. Either way, it was difficult not to wear a smile on my face while playing this. 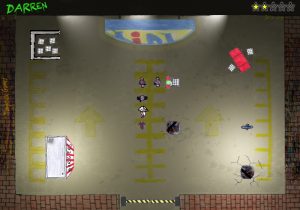 NotGTAV
NotGames | Windows | 2015
The first thing you should know about this game is that it is not Grand Theft Auto V, a fact that to this day confuses many, many people who post in its official Steam forums. The second is that NotGTAV is a Snake variant that is filled to the brim with British humour. Playing in turn as Welshman Daffyd, chav Darren, and (now-former) Prime Minister David, missions run the gamut, from running over campers with a lawnmower to steering your motorcade past protesters. It’s a simple, short game with a satirical heart, and as an added bonus, all profits from its sale goes to charity. 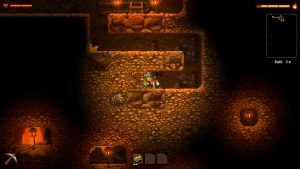 SteamWorld Dig
Image & Form | Windows | 2013
Above all else, I found SteamWorld Dig to be relaxing. In between purchasing upgrades and solving puzzles, digging up ores, new paths, and other interesting things was a routine that proved to be as soothing as maintaining a farm in Harvest Moon. All of this takes place within a charming steampunk western world that’s quite pleasing to the eye. My one major complaint about this game is that it was over all too quickly, but fortunately, it seems like SteamWorld Dig 2 addresses this issue and then some. I can’t wait to delve into that one. 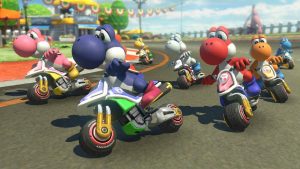 Mario Kart 8 Deluxe
Nintendo | Switch | 2017
This welcome port of the WiiU’s Mario Kart 8 and all of its DLC (even those weird Mercedes tie-in karts) is also one of the best in the series. In addition to great new tracks like Electrodrome, Cloudtop Cruise, and a few homages to Excitebike and F-Zero, the selection of classics is tough to beat, with the highlight being a steampunky take on Mario Kart 64‘s Rainbow Road. Speaking of which, the newest Rainbow Road is a rare disappointment, plus there’s always the one classic course you wish was there but isn’t (Coconut Mall in my case), but these aren’t deal-breakers. Finally, I must note that the 200cc difficulty mode is absolutely bonkers. 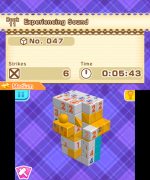 Third Place
Picross 3D Round 2
HAL Laboratory | 3DS | 2016
The original Picross 3D was my introduction to the Picross franchise; it was an sometimes tricky puzzle game that I played the hell out of. Picross 3D Round 2 goes beyond just being a fresh offering of puzzles and works in a new twist: two different types of blocks (resulting in either cubes or non-cube shapes) that not only enable more interesting, aesthetically pleasing forms, but a whole new way to unveil them, with color coded clues and markers. This was intimidating at first, but the learning curve is as smooth as it’s ever been in this series; once I got the hang of things, all I needed to concern myself with was the puzzles themselves. A wonderful travel game, and just plain great in general. 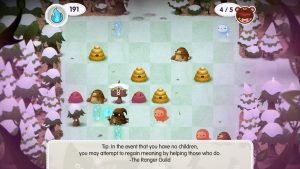 Second Place
Road Not Taken
Spry Fox | Windows | 2014
An unlikely pairing of two of my favorite genres—roguelikes and tile-matching puzzle games—should not work as well as it does in this game. The premise is fairy tale-esque: the player character is a ranger who, every winter, is called upon to save children who get lost in a haunted forest while picking berries. The game ends when fifteen years have passed and the ranger dies. It is a much darker tale than it appears on the surface, and has some cynical things to say about children and their relationships to adults and the world around them. The game part is smartly designed, even with over a hundred items and many more matching combinations in its randomly-generated rooms, and can get quite challenging. There’s also a simple relationship system and special difficulty tweaks to round things out. 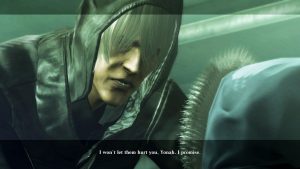 First Place: Game of the Year
NieR
cavia | Xbox 360 | 2010
The future world of NieR (or Nier, or NIER, or NieR Gestalt) is grey, brown, depressing (especially in the endgame and everything that follows afterward), hopeful, funny, annoying, charming, weird, heartwarming, and very difficult to leave behind for good. This action JRPG—with touches of bullet hell—has so many markers of imperfection and second-tier craftsmanship, particularly when it comes to the combat, and yet it is also filled with so much love. Homages to other franchises and even entire genres are largely enacted through mere changes in perspective, and the music and voice acting are top-notch. 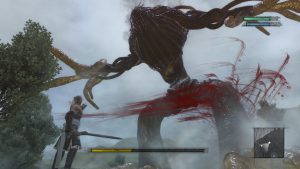 None of those aesthetic touches would work without NieR‘s world-building and characters. The post-magic post-apocalypse setting is barely explained within the game, yet the details—such as old railroad bridges, tiny canister houses mounted on the walls of a canyon, and the black and gold word clouds that are the Shades—are so distinctive that it’s largely forgivable. Then there’s the cast: affable warrior dad Nier, the uppity and proud Weiss, thorny loner Kainé, and kindhearted, ingenuous Emil, plus a handful of others. Seeing them bicker, cry, and support each other in unexpected ways made some of the more unbelievable parts a bit more forgivable, and helped lessen the sting of the game’s obtuseness and other smaller frustrations.

“Labor of love” is a term that is bandied around a lot for certain games, but cavia’s swan song NieR is absolutely deserving of the phrase. It’s not too surprising that NieR became enough of a cult hit that not only it, but even its indirect predecessor Drakengard have continued on with sequels after cavia’s death. Speaking of which, NieR: Automata is on my shortlist for games I absolutely must play in 2018, and it’s an experience I’m really looking forward to.