Just when Retro Game Challenge had distracted me from Tales of Legendia to the point where I’m on the very last challenge, along comes a game I’ve played before, several years ago, practically begging for me to play it again. It happened during a weekend last month, when my husband and I sought to spend some time together on a LAN game of StarCraft, via Brood War; instead of playing against each other (since I am, admittedly, a bit better than he is), we decided to do the Diplomacy thing against a bot. The bot player was too good, and we quit. I can’t remember if I suggested that he play StarCraft’s main campaign—a great way to learn the game’s basics—or he decided to on his own, but watching him do so arose in me feelings of nostalgia, and after downloading and installing the latest patch, I started up a new game myself. 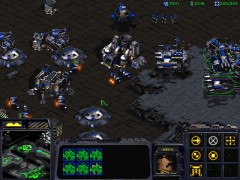 The story of StarCraft is an epic one about three races, and told across multiple planets: the many Terran colonies, the Zerg’s ashen world of Char, and the Protoss homeworld Aiur. Much of it makes for your standard boilerplate sci-fi stuff, with humans caught in the middle of a struggle between alien races, one of which is a hivemind, and the other a noble, idealistic people who love their homeland. There’s also the Xel’Naga, a precursor race that (according to the manual, select bits of which I read for the first time ever during this playthrough) functioned for the Zerg and Protoss in much the same way as the unnamed aliens who sent the Monoliths in 2001: A Space Odyssey; of course, they’re talked about from time to time, but never seen, as they were gone a long, long time ago. And of course, no discussion of StarCraft’s story is complete without the characters; there’s Kerrigan, of course, but also Raynor, Duke, Mensk, the Overmind and its Cerebrates, Aldaris, Fenix, Zeratul, and, my favorite of the bunch, Tassadar. 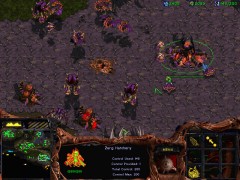 The lore wasn’t the only reason why I wanted to play the game again. There’s also the missions themselves. Each of the three “chapters” focuses on one race at a time, where the player takes on the role of a Terran Commander, Zerg Cerebrate, or Protoss Executor. As for why I said earlier that these missions are a great way to learn the game, it’s because not everything is given to you at once. The missions start out simple, with hard caps on the types of units and structures one can create, but gradually become more and more complex. Mixed in with all this are a few infiltration missions, where the player controls a small detachment of troops to navigate an interior space with (which are always, by some quirk of chance or design, Terran facilities). These missions, particularly the one in the Protoss campaign, require just as much strategy as the regular RTS ones, and make for a nice break from said regular maps whenever they occur. 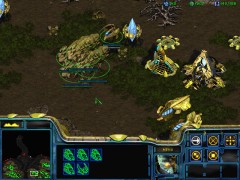 While the gameplay is as engrossing as ever, it’s remarkable how well StarCraft has held up in other areas. Graphically, this flat, sprite-heavy game has aged very gracefully, and the same can be said for the voice acting and music. If there is one spot in which StarCraft obviously shows its age, it’s in the CG FMVs which play between certain missions. The animation is smooth in that particular “old 3D computer animation” way, and the character models, especially those of the Terrans, are just as dated. As a technical aside, I had some stuttering starts whenever an FMV would play; not sure if it’s a codec issue or if it’s something else about my Mac Pro, but it’s likely another consequence of StarCraft’s age.

Anyway, I devoted many hours and a fair chunk of the past couple weekends playing those thirty campaign missions in StarCrack, and I loved every second of it. Even the very tough last Terran mission, which, while not driving me absolutely bonkers like it did the first time around, still had it’s fair share of challenges. Even that infiltration mission on the Protoss side, in which everyone in my party had died by the time I reached the goal, save for the one unit who mattered. Even though I have to play through two-thirds of the game to get to my favored Protoss in the first place (it didn’t help that the Zerg are my least favorite to play). And even those early Zerg missions, where I had to do without that race’s better flying units, but along the way and afterwards gained insight into how and why to use Zergling rushes. It’s StarCraft, and it’s awesome, and that’s the only reason I need.

Postscript: After beating StarCraft this past weekend, I finally went back to Retro Game Challenge today and beat that. Tales of Legendia, which I’ve been away from for too long, awaits me tomorrow.