Heaven, Hell, and Everything in Between

As far as beating games goes, this has been shaping up to be a somewhat productive summer. I’ve beaten seven games and two DLCs/expansions since my previous post, including a few titles I obtained during Steam’s annual Summer Sale. Right now, my biggest pickup from that sale, the much-lauded 2016 version of Doom, is sitting on one of my hard drives, having been freshly downloaded from Steam’s servers this past Tuesday.

Doom 2016 is one of my very rare triple-A indulgences, and a graphical beast; even on the lowest settings, the demo looked fantastic. There’s tons of options to tweak, as one would expect of a game from a storied PC developer like id Software, and I’m looking forward to seeing how the game itself will run on my (admittedly) offbeat PC gaming hardware of choice, a 2013 Mac Pro running Boot Camp. My little taste of it back in June was quite delicious, with a red-drenched palette and hints of the sort of over-the-top badassery one expects from the Doom franchise. 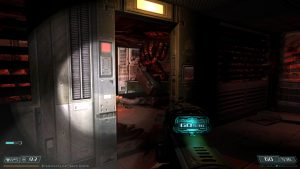 Before I could start Doom 2016, and after beating Doom II back in early May, I finished my tour of the older id-crafted parts of the franchise with Doom 3 and its companion pieces, “Resurrection of Evil” and the BFG Edition-exclusive “Lost Mission”. Doom 3 did well when it came to the look and feel of the weapons and enemies, but atmospherically, it was, for the most part, not Doom. The story took itself a bit more seriously than it had in Doom and Doom II—even the difficulty setting names were straight-laced—and on top of that, the shadowy environments and heavy emphasis on sound effects lent the game more of a horror feel, rather than the goofy action movie style I was used to (given this situation, the famed flashlight controversy is especially interesting). It was sort of like a scarier, less puzzley, and less wry Half-Life set in the Doomiverse. That’s not to say there weren’t any funny or adrenaline-pumping moments—there most certainly were—but Doom 3 stands out a little as an odd duck. It was a fun game, though, especially the last third or so, which includes the requisite trip to Hell. The two bonus campaigns retread some familiar ground, story-wise, but are also fairly decent, especially “Resurrection of Evil”; “Lost Mission” felt a little slapdash in comparison.

Before I wrapped up Doom 3, I defeated the final boss in a very different sort of game: The Guided Fate Paradox, a roguelike developed by Nippon Ichi for the PS3. It was a shrewd choice to be Nippon Ichi’s 20th anniversary title, not just because of its genre, but also its setting: Celestia, the angelic counterpart to the Netherworld where so many of the company’s games take place. In this particular entry in Nippon Ichi’s multidimensional canon, the player character is Renya, a high school student who wins the title of “God” in a shopping arcade lottery. Despite the wacky setup, much of the rest of the story, in which Renya fulfills prayers and wishes hand-picked by his team of angels, is played fairly straight, with very few forays into outright comedy. Some potential is there—an innuendous angel, a chuunibyou angel, a mission that involves helping zombies—but it never gets as comedic as many of the studio’s other works.

As for the story that is there, it’s a heaping pile of jargon-laden anime bullshit with a few entertaining bits here and there. Much of the game’s plot seems to exist solely to justify the mechanics of fighting, picking up items, leveling up, dying, and then doing most all of it over again from scratch. Other such games are happy enough hand-waving away the peculiarities of the roguelike format when it comes to storytelling, but The Guided Fate Paradox isn’t. In a way, I’m glad they took this approach, since it fits very well with Nippon Ichi’s house style, but there were times when it all felt a touch too complicated or serious for them. Despite all that, the dungeon crawling parts were mostly outstanding, with some neat chapter-specific gimmicks, snappy movement and attack speeds, loads of customization options (including some basic stats which can be improved permanently), and, save for a grindy endgame, a fair difficulty curve. If you like this sort of game at least as much as I do and can stomach or ignore the less-than-great story bits, The Guided Fate Paradox is worth a try. 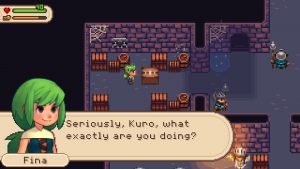 Other than that, I beat Pokemon Blue Version, ending my journeys through both Kanto and Pokemon’s origins. I also played Evoland II, which is both bigger and not as good in certain ways as its predecessor: though the plotting is amazingly thorough and most of the gameplay bits are solid, there’s too many superfluous references to other games and too much rambling dialogue (see this post I made in CAG’s current RPG Thread for more detailed impressions). As for some more of those aforementioned Summer Sale games, Witch and Hero was a nice and chaotic little J-indie nugget, Bejeweled 3 was (and continues to be) so very good, and DLC Quest was pleasantly goofy, if a little ugly to look at, and didn’t wear out its welcome.

As for stuff I’m still playing, besides trying to get the last two (very tough) achievements in Bejeweled 3, there’s Project CARS, Fantasy Life, and Pokemon GO. As I only typically buy one sim racer per generation, the PC version of Project CARS had a lot riding on it, but I’m enjoying its career mode thus far. It’s quite deep, but also very approachable thanks to its bevy of difficulty modifiers, which is great for filthy casual racing fans like myself. Fantasy Life is much like most any other game wholly conceived and developed by Level-5: beautiful, dense with variety, and with a story and world that’s pleasantly vanilla. Sometimes this latter point works against them, as it did for me with Professor Layton and the Curious Village, but the results here are a bit more mixed; I’m not quite sure what to make of it yet. Lastly, there’s Pokemon GO. As Pokemon games go, it’s one of the shallowest ever made, but the real world trappings are a neat novelty, and, at the very least, it’s getting me out and walking a bit more.

Soon, Doom 2016 will join that list. I’ve already been to Hell and back again with Doomguy a handful of times this year, but I’d be lying if I said that I wasn’t looking forward to one more trip.