First off, apologies for not posting in awhile. I had some computer problems to deal with, mixed in with some real-life stuff along the way. On top of that, I’ve also been enraptured by two excellent RPGs. 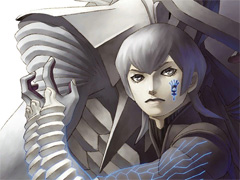 Right now, it seems like I’m nearing the end of Shin Megami Tensei: Digital Devil Saga, and I know that’s the case with Final Fantasy Fables: Chocobo’s Dungeon (aka Chocobo’s Mysterious Dungeon: The Labyrinth of Lost Time). I started the former first, taking an initial dip into the one franchise which occupies my backlog more than any other, then the second afterwards, wanting something more lighthearted in tone to balance against the darker game. However, although they are certainly very different games in atmosphere—not to mention style, as Digital Devil Saga is your standard turn-based affair and Chocobo’s Dungeon is a roguelike—I eventually noticed that these two have far more in common than meets the eye in terms of story.

Digital Devil Saga centers around Serph and the group of fighters he leads, the Embryon. They live in the desolate Junkyard where tribes fight one another for the right to go to Nirvana; all this is overseen by the Karma Temple, which is headquartered in a tall, towering structure at the center of the environs. Serph’s world begins to change when a mysterious girl with strange powers emerges from a cocoon-like thing in the middle of a battlefield. He and the rest of the Junkyard’s inhabitants gain the ability to transform into the beastlike Atma, and little by little they start to see their world in a different light.

Chocobo’s Dungeon centers around a chocobo named, er, Chocobo and the group of friends he makes. He finds himself in the idyllic town of Lostime where residents live happily without memories; all this is overlooked by the Bell of Oblivion, which resides in a tall tower in the center of town. Lostime begins to change when a mysterious boy with strange powers emerges from a speckled egg which comes out of the sky. Chocobo gains the ability to enter Mysterious Dungeons enabled by lost memories, and later, change into Job forms. Little by little, the townsfolk start to see their world in a different light. 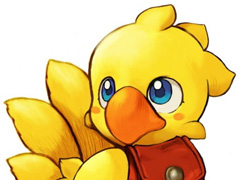 Chocobo, the hero of Chocobo's Dungeon

It’s important to note here one very crucial distinction between Serph and Chocobo: while Serph begins the game as a part of the Embryon and the world at large, Chocobo is a complete outsider, having been magically whisked away to Lostime during a treasure hunt in a desert. There’s also the matter of complexity, as Digital Devil Saga’s story is a bit more sophisticated and unpredictable than that of Chocobo’s Dungeon. Indeed, the foreshadowing in Chocobo’s Dungeon is fairly easy to interpret for this JRPG vet; I suppose that its overall light RPG trappings have much to do with it, despite the hardcore nature of the gameplay (more on that in a later post). As for Digital Devil Saga, I haven’t been able to figure out what exactly is going on, and am as curious to know more as the characters themselves.

Still, I could’ve never anticipated that these two would be this similar as far as their basic plots go. Much has been said of JRPG plots and how cliched they can get after awhile, but there generally tends to be a significant amount of variation between them (for some reason, this seems to be most true of strategy RPGs, but I digress). In the case of Digital Devil Saga and Chocobo’s Dungeon, the similarities don’t bother me in the least, as the actual meat of the games are vastly different, and that’s what I play RPGs for in the first place. I hope to have Chocobo’s Dungeon beaten this weekend, but will probably continue to play the game afterwards, depending on whatever post-ending content there is. Likewise, I’m going to try to wrap up Digital Devil Saga sometime next week. Needless to say, it’ll be interesting to see if the plot similarities continue on through these games’ endings.