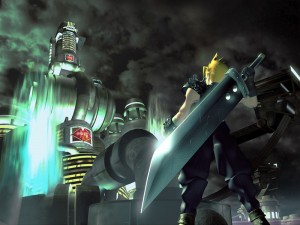 My E3 Prediction: People Will Complain

I don’t know with absolute certainty if any of the predictions being made for this year’s E3 will come true, but there is one thing I am absolutely sure of: no matter what gets announced, people will complain about it.

My reaction: Pretty cool!
Everyone else's: This is gonna suck hard.

Yesterday, Square Enix put out a press release containing their E3 2009 lineup, which included the new announcements of NIER and Front Mission Evolved. This latter title is the latest entry in a series which I am a huge fan of. However, unlike the majority of Front Missions, Evolved is not a strategy RPG, and on top of that, is being developed by a western studio. Seeing as how few Front Mission games make it out of Japan in the first place, and Evolved is evidently being developed for a global audience, I’m very much interested in and curious about this new entry, however different it is; as long as that familiar Front Mission world is present and the game itself is enjoyable, I’ll be happy. Others were not so enthused.

Truth is, even before this announcement, I had been planning this post, because I know if there’s one thing hardcore gamers like to do, it’s complain, and E3 is the Griping Epicenter of the Gaming Universe. Nintendo fans in particular will be the ones to watch this year, as by all accounts, Ninty’s E3 2008 press conference was generally underwhelming. Although there are many, many sane Nintendo fans, the gripers are notorious for their constant insistence that a new Mario and/or Zelda should be shown whenever possible. Given the small hints dropped in the past about new Wii installments for both of these franchises, many people see the official announcements of these games as being inevitable for this E3. If they don’t happen, people will complain, and loudly, but even if they do, somebody somewhere will find something to whine about. The new Mario will seem too much like a retread, or it’ll be too different, like the much reviled Super Mario Sunshine. Same goes for the new Zelda. Other Nintendo games that are rumored to be unveiled at E3—especially Wii Fit Plus and Pikmin 3—aren’t safe from fanboy complaints either. Smaller Nintendo franchises like Another Code/Trace Memory, Kirby, and the like whose new Wii and/or DS installments were confirmed long ago will probably be ignored by everyone save for their own fanbases (who, more often than not, are just happy that Nintendo remembers they exist) in favor of the big guns. I won’t even touch the Kid Icarus fans…

This situation isn’t unique to Nintendo, as we’ll see variations on it on the Sony and Microsoft sides, but in the case of those two companies, I think there will be proportionally more griping over hardware and services rather than software. The PSP Go and 360 motion camera dongle, among others, are strong contenders for unveiling at the Sony and Microsoft press conferences, and as such, are also big targets for fanboy whining. Certain highly-anticipated Sony games, namely Heavy Rain and “Project Trico”, will undoubtedly be generally well-received if they are shown in some form at E3, but as for Uncharted 2, God of War III, and others, well, somebody will probably complain about something. If Halo 3: ODST is shown at Microsoft’s press conference, cue the hardcores complaining not so much about the game as Halo fanboys.

The Big Three aren’t the only ones who will be targets of fanboy grumblings. Companies ranging from EA to Ubisoft, Capcom to, yes, Square Enix, will be complained about wide and far. Whining about many of the games that have previously been announced and will be seen at E3 has been going on for some time already, anyway, but new game announcements will see their share of complaints as well, as we’ve already seen with Front Mission Evolved. Even small niche companies aren’t completely safe from fanboy griping, though they’re considerably safer than the bigger publishers.

A good E3 is always full of surprises and memorable moments (giant enemy crabs, anyone?), and I hope this year’s will be no different. However, I could do with less pissing and moaning from the peanut gallery. Chances are, when the games people gripe about now are finally released, if they have enough hype and/or good press behind them, they will be bought and played by many anyway. Some of those early complaints may even be moot. Either way, come next week, I guarantee you that somebody somewhere is going to be complaining about the video games shown at E3.

Comments Off on My E3 Prediction: People Will Complain